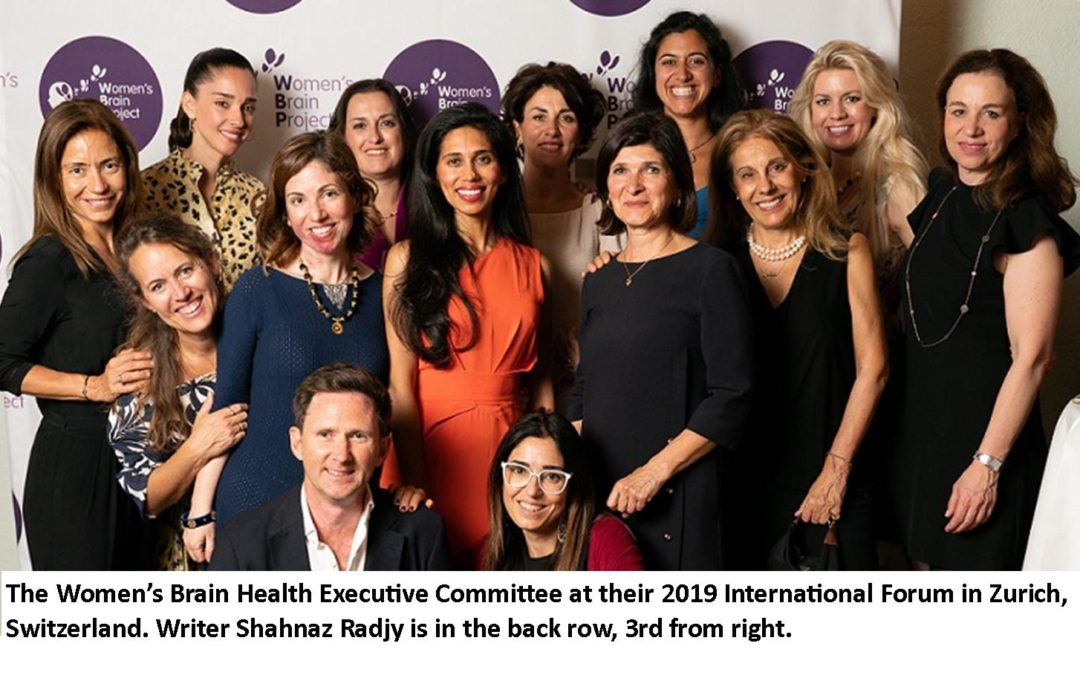 “Right now, artificial intelligence (AI) is limited by a lack of diversity and training data leading to built-in assumptions that lean towards a white male perspective. When women and other diverse groups get involved, the full potential of AI to help all humans can be unleashed” said Sophia the Advanced Humanoid Robot at the recent International Forum on Women’s Brain and Mental Health.

This was the Women’s Brain Project (WBP) flagship event that took place in Zurich last June, on the theme “Sex and Gender Differences in Women’s Brain and Mental Health: The Gateway to Precision Medicine”.

The challenge alluded to by Sophia is not exclusive to innovative technologies or AI. This year alone, the spotlight has been shone on sex and gender challenges across sectors, and specifically the idea that the world today is primarily designed by and for men.

When it comes to brain and mental health, many researchers often only use male mice or don’t even specify the sex of the mice used for experiments leading to women being underrepresented in clinical trials.

However, sex and gender play a significant role in diseases ranging from migraine to Alzheimer’s: symptoms differ between the sexes, progression is unequal, diagnosis may benefit from different biomarkers, and response to treatments vary.

Indeed, Alzheimer’s Disease is a typical example for sex and gender differences from the risk factors all the way to diagnosis and treatment. Women also tend to bear more of the caregiving responsibilities, multiplying the burden of the disease.

In the UK alone, Alzheimer and other dementias is the leading cause of death for women. Worldwide, two out of three Alzheimer’s patients are women.

As September is Alzheimer’s Awareness Month, we encourage you to ask questions and talk to friends and family members. The taboo cannot continue, especially because almost everyone knows someone affected by dementia or Alzheimer’s – so understanding the disease, its impact on lives, and how to support individuals diagnosed as well as caregivers and family members – is key. That’s why one of WBP’s ambassadors lives with early-onset Alzheimer’s – and shares her journey on her own WBP blog “Sofia’s Corner”.

WBP is a Swiss-based non-profit organization calling for governments, institutions, and scientists to change the way they do research. We advocate for women’s brain and mental health, and among other things are pushing for differential research based on sex and gender, a first step towards precision and personalized medicine.

Regardless of what your background is, your voice matters. Join the movement calling for women’s health – and women’s brain and mental health specifically – to be both given a human face and the scientific backing needed so the world can evolve into a more inclusive, equal, and better place.