For most of human history, the average life expectancy was 18 years. Today it approaches 79.

The age at which more people die than at any other is now 86 and advancing.

A troubling coincidence about our new age of longevity is that one in three people over 85 suffers from Alzheimer’s disease or related dementias. Overwhelmingly, people of all ages are now saying that the scariest downside of a long life may be Alzheimer’s disease.

Alzheimer’s stands out from the rest of age-related illnesses in that it’s 100 percent fatal and essentially 100 percent untreatable. Soon, the economic burden of dealing with Alzheimer’s is expected to rise to 1% of the world’s economy.

Along comes the XPRIZE, which offers a challenge to the Alzheimer’s conundrum. Administered by the XPRIZE Foundation—a non-profit global leader in solving the world’s grandest challenges—XPRIZE creates and manages large-scale incentive prized competitions. XPRIZE challenges innovation from small teams around the world to participate in solving a grand challenge in a competitive format, like a game.

A team of Alzheimer’s experts has been formed to work towards creating an XPRIZE for eliminating Alzheimer’s disease.

Dr. Ken Dychtwald, Founder and CEO of Age Wave, envisions putting an end to Alzheimer’s disease using 21st century techniques and technologies. He references his work with Dr. Jonas Salk and hearing that in the 1940s when the predominant thinking was that polio was simply a part of life and what was needed was more iron lungs. Salk said no, we have to stop this disease. Likewise, Dychtwald proclaims, “We have come together to stop Alzheimer’s.”

The proposed XPRIZE competition is specifically to find an early-stage biomarker for Alzheimer’s—one that can be identified 10-20 years before observable symptoms surface—and to find a treatment that targets this biomarker to essentially prevent the disease from advancing.

Dr. Philip Edcumbe, leader of the XPRIZE Alzheimer’s Presentation Team says that if Alzheimer’s disease wins the ability to hold the XPRIZE contest, “We plan to challenge teams from around the globe to develop accurate, affordable, scalable, and minimally invasive technologies for detecting the earliest signs of Alzheimer’s and potential treatment targets. . .Our goal in proposing the Alzheimer’s XPRIZE is to ride the wave of exponential technology, gamification of innovation, and crowdsourcing to create a new framework for innovation and eliminate Alzheimer’s from our society. We are going to unlock incredible amounts of human potential to work on Alzheimer’s disease.”[1]

More important than the prize money is the $100-200 million in privately funded research the competition is expected to launch.

The Alzheimer’s bid for the ability to hold an XPRIZE competition received the highest honors at the October XPRIZE Visioneer’s Summit.  It now advances for the possibility of being able to hold a 2018 global competition. The presenter ‘dream team’ of multiple funders and a diverse research team are united in their efforts to fearlessly attack Alzheimer’s disease.

Consideration of ending Alzheimer’s at the XPRIZE level goes a long way in building awareness in high circles and heightens hope for identifying the early-stage Alzheimer’s biomarker. 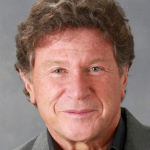 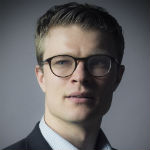