Investigators Work to Crack the Code on SuperAging 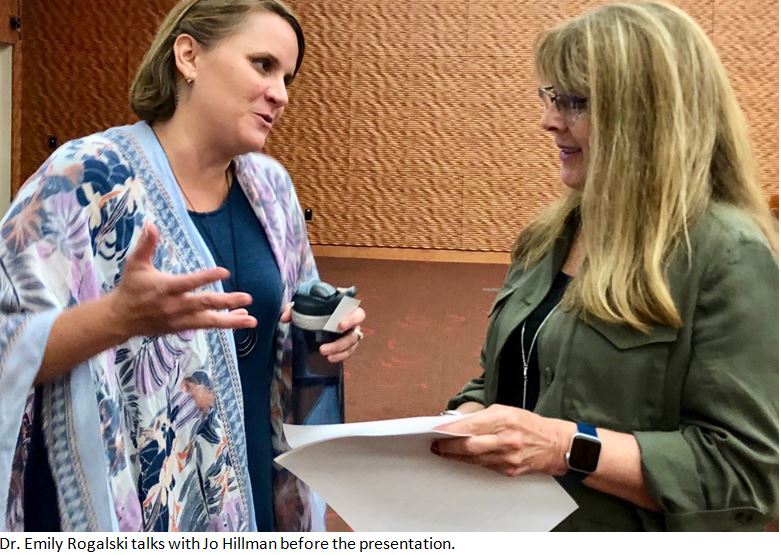 Imagine blowing out 80 birthday cake candles and still having remarkable memory power. For most of us, that may sound too good to be true—as we struggle to remember if we took our vitamins a minute ago. But participants at the Wisconsin Alzheimer’s Disease Research Center’s 2018 Annual Fall Lecture, titled Resilience in Brain Aging, learned about people who indeed seem immune to age-related cognitive decline.

At a recent lecture at the University of Wisconsin-Madison, Dr. Emily Rogalski, a principal investigator in Northwestern University’s SuperAging project, shared her team’s findings to date.

The audience learned that memory typically peaks between the ages of 30-40 and gets worse with each subsequent decade. But while common outward changes associated with aging are “normal”­—eyes need glasses, skin wrinkles, and hair falls out or turns gray— cognitive decline is not inevitable.

Successful aging has been the focus of 28 studies with more than two dozen working definitions. Dr. Rogalski said that Northwestern’s SuperAging project uses a very specific definition: “A person age 80 or older with memory performance equal to or even better than healthy people in their 50s and 60s.”

The participant group in the research project includes 63 women and 22 men, with an education range of 12-20 years. Initial indicators are that SuperAging is a rare biologic possibility, found in only 80 of the 1,500 study applicants. That would put the expected incidence of SuperAgers in the general population at just over 5%.

The study explores biological and psychosocial factors associated with being a cognitive SuperAger. Participants complete memory and IQ tests, a personality inventory, and a questionnaire that looks at psychological well-being factors.

The study is systematically trying to figure out: is it resilience, resistance to changes in brain size, or luck?

Dr. Rogalski shared some of the questions people typically ask:

1. Do SuperAgers eat a lot of blueberries?
It’s easy to get distracted by marketing on the Internet. Variety in diet may be helpful. Eating a heart-healthy diet is synonymous with a brain-healthy diet.

2. When did they retire?
More than 15% are still working—either at their first or another career or volunteering and active in their communities. SuperAgers are busy people!

3. Do they currently drink?
80% report some alcohol use.

5. Do they exercise often?
80% report currently exercising in some way.

6. Do they have more positive relationships with others?
SuperAgers seem to enjoy this advantage.

7. Have SuperAgers had easy lives?
Not necessarily. Many reported very traumatic events, but SuperAgers have pushed through hardship, finding the positive, and moving forward. Our attitude seems to matter in how we age.

While all of these may be interesting and potentially related to the phenomenon of SuperAging, a strong preliminary indicator of the study is that the difference may be more about what SuperAgers have in the structure of their brains than what they did in their earlier lives.

Size matters. Researchers examined study participants’ brains, curious to know, do they look more like the 50-60-year-old brain who they match in memory or the 80-year-old who they match in age? The finding: SuperAgers’ brains shrunk more slowly than their same age peers.

Scientists also found that one of the biggest differences in SuperAgers’ brains when compared to normally age-functioning brains is the abundance of oversize brain cells called von Economo neurons. SuperAgers had almost five times as many of these large neuron cells as typical people. 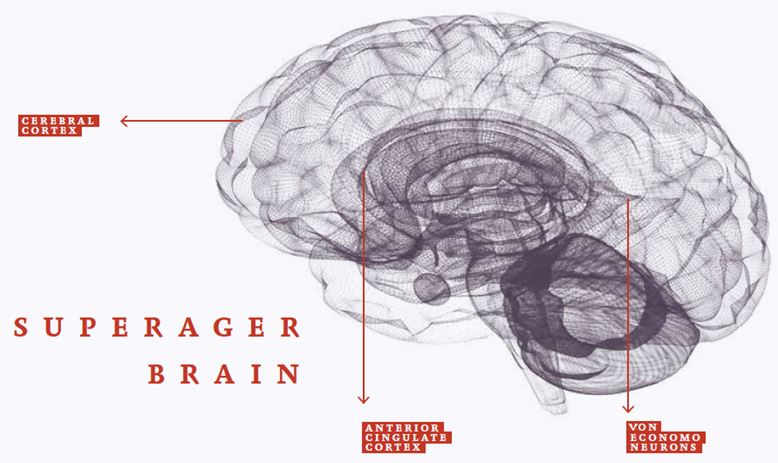 To learn more about the Northwestern SuperAging project, go to https://magazine.nm.org/fall-2016/features/unlocking-the-secrets-to-superaging/

Also, note that the SuperAging study is still enrolling participants. Volunteers must be 80 years or older and able to visit Chicago every two years for testing. Interested individuals may contact the research coordinator at 312-503-2716 or [email protected].