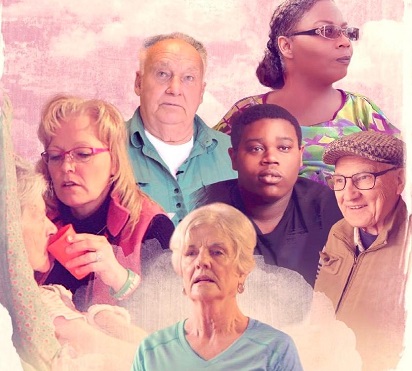 2018 was abundant with creative editing as we shaped the film into its unique story. In the process, we sought feedback from talented people in the documentary world, including filmmakers at KTQ Labs and consulting editors and producers. One of the most important things that emerged over time was the need for a title that represents the story it has become.

Our story has been filmed over five years—a short chapter in the epic search for a cure to Alzheimer’s disease. However, if you step into this brief window and simply observe, you can see what it takes. Meet the most important and invisible part of medical research – the volunteers who have had enough of the disease and want to fight for a better future.

The film has grown to be less about the individual, and more about families—their resilience and fragility in the face of Alzheimer’s. A profound thing to witness has been how the disease impacts families for generations. Past and future generations, in ways we had not expected.

It is a layering of the family stories during those five years—poignant, funny, tragic, and triumphant. It includes caregiving, downsizing, and a teenager trying to come into his own.

The film is also about the hard-won trust of the human research subjects, including people of color, as they offer their blood and brains to scientists.

This is the story of Alzheimer’s disease reality and research as told by the normally anonymous human subjects. There’s no guarantee that a cure will be found in their lifetime, yet they hold nothing back.

All In: The Human Subjects